March 20, 2020
The Bearded Wonder and I got married on a sunny Saturday afternoon in September 2013. Barring a few minor hiccups, the day was pretty perfect. Per the (unfortunate) societal norms, people started asking questions like "So, next comes baby, right?" or "When are you guys going to start popping out kids?".

Between me, you, and the Internet, I was a virgin when I got married so I was in ZERO rush to start having kids. I wanted to enjoy being married for awhile, hopefully travel, and just settle in to living with this person I'd never lived with before.

It's funny to me now, looking back on those first few years. The Bearded Wonder had some job transitions which led to some tight finances. We got by (not without help), but I was in a constant state of fear that I'd get pregnant. We were just floating with the 2 of us, but adding a baby in the mix? Yikes. Definitely not the right time. I remember calling my best friend in a panic, "I'm craving hot dogs and I NEVER eat hot dogs. Am I pregnant?". I'd call her more than once with silly things like this, always thinking any weird symptom meant I was undeniably pregnant. She'd always laugh and say I was the most paranoid person, but also tell me to take a test if it would give me a peace of mind.

Our finances stabilized, and I found an absolutely insane deal to take our first international trip in August 2017. Now, I'd always wanted to go to Europe before having kids, so we started to think maybe this was it. In our idealistic heads, I'd go off birth control before we went to Europe, we'd get pregnant somewhere in London, Paris, or Rome, then come home and announce our new oven bun with our cute travel pics. 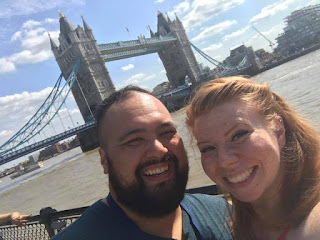 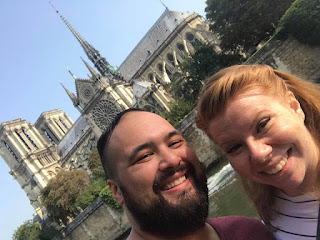 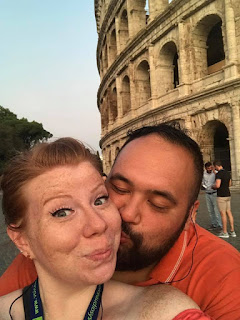 Spoiler alert, that's not how it happened.
I went off birth control 2 years and 7 months ago and am still not pregnant.

The Bearded Wonder and I went to California for our 5 year anniversary in September 2018 and 'Aunt Flo' was late. I started anxiously taking tests, praying they would be positive. We were doing an anniversary photo shoot in San Francisco, and I was already romanticizing cute things I could do to tell him I was pregnant by colluding with our photographer. The day before our shoot I took another test. Still negative. I put off all of my sweet plans just in case I wasn't pregnant- I didn't want to get his hopes up too. Sidebar: This is something I don't think women talk about enough; how we get our hopes SO HIGH before telling anyone, only to have them crushed. By the time anyone finds out, we've already been on the world's worst emotional rollercoaster.

My cycles continued to be erratic, though never as bad as making me 9 days late. We decided to go to a local fertility clinic in early 2019 to start getting tested. You know what's infuriating? Fertility clinics always assume that the woman is the issue. It's nothing personal, there's just logistically a lot more that could be wrong in my body versus the Bearded Wonder's. But that's not how it feels when you're staring at the middle aged fertility doctor. It feels like there's something wrong with you. It doesn't help when this particular doctor prattles on and on when you asked a straightforward 'yes or no' question.

We opted to have both of us tested to save some future questions. Why wait to get him tested until after my tests all come back positive? I'll spare you the details (you're welcome), but biologically we're both fine. All of the things are exactly as they should be, and in some cases, even better. I did find out that I have PCOS, but people get pregnant with that all the time. I wasn't worried.

The fertility doctor prescribed some Metformin and said to give it a shot for 6 months, then come back if it wasn't working.

Metformin is a diabetes medication that can help regulate a woman's cycle.
Super helpful when trying to get preggo.

We did some more traveling, lost our sweet dog Zoey, had some family stuff come up, the holidays came and went, and all of a sudden it was January 2020. Still no baby. But! My cycle was 24 days late. For all intents and purposes, I missed my period completely. I took 5 pregnancy tests. All negative, natch. By now several of my friends had gotten pregnant and had their babies in less time that we'd been trying to get pregnant. Accidental babies had happened. Adopted babies were in homes. Meanwhile I was crying all the time, feeling depressed, and found myself starting to think maybe it would never happen.

Granted, I know that in the grand scheme of life, 2.5 years isn't that long. It's not. But when you're in it, it feels like eternity. It feels like every person is getting what you so desperately want. It feels lonely because you're the only person who carries this secret every month. It feels like a burden to keep whining about the same thing so you start to bottle it up. It feels embarrassing that you spent years being so worried about getting unexpectedly pregnant when apparently it won't be that easy for you. It feels so hard, being torn between insane happiness for your friends, and crushing heartache for yourself. It feels unfair. It just... It sucks.

But I digress. Where were we? Oh yeah, January 2020. We went back to the fertility doctor. Fortunately, Dr. Rambles TooMuch had left the practice, so now we saw a really nice, no-nonsense kind of lady. "It's been awhile, let's get some fertility treatments started." She gave us 2 choices: IUI or IVF.

IUI is essentially a clinical turkey baster after they trigger ovulation in my body.
IVF is where they take my stuff, his stuff, shake it in a cocktail shaker, then put it back in my stuff.
#science

We'd never considered IVF, honestly. I support anyone that has done it or wants to do it, but I'd just thought we could try IUI then adopt if it didn't work. Adoption has always been part of the plan for us, so IVF didn't seem relevant. This doctor, however, is really recommending IVF given our (still super young and cool) ages. In theory, we'd have some fertilized embryos on ice so that we can have another bambino when we're ready. The Bearded Wonder and I are only children that want a small gaggle of kids, so IVF could make the most sense.

We had a liiiiittle more travel, and now it's March and there's a global pandemic. No fertility treatment yet. 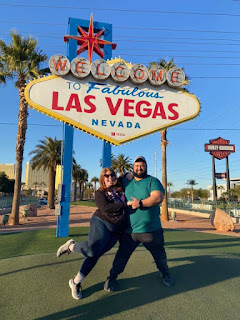 I wish this post ended better. I wish it ended with some cute little sonogram picture. I wish the process was over and I had morning sickness or an actual pregnancy-induced hot dog craving. But here we are. Self-quarantining from COVID-19 and I'm finally breaking the silence on my long-dead blog. I think it's partially due to a lack of sleep, and partially because I still get questions and always answer with some obscure "oh it'll happen when it happens".

It certainly will "happen when it happens" (doesn't everything? What a dumb expression.), but not without some medical help. Wish us luck.