December 31, 2013
I was trying to think of a witty title for this post, and I bounced between spoofing Strong Bad....

It's New Year's Eve, friends! How do you feel about your year? Did you forget all of your resolutions from last year? Are you a miracle worker who managed to accomplish any/all of them? Personally, I've held the same resolution every year since college:

You know what? Life happens. And it's not because you set "resolutions" for yourself on December 31st the last year. I love to read, but with wedding planning and house buying, there was no way I could pick up a spare book this year. I don't think I've read for fun in months. I did get to go to 1 country, but it was Mexico which is like America's next door neighbor (no disrespect meant in any way; Te quiero, Mexico).

I didn't lose 50 lbs, but I lost 17 inches. I learned this year that measuring will always and forever be a better way to measure my size.


I also learned this year though, that my size is not indicative of my worth.

So this year, don't set resolutions. You'll feel a lot less stressed. Don't get me wrong, set some goals. But don't feel like a failure if you don't accomplish them in 2014. I have a goal of going to Europe, but it may not happen in 2014. I have goals of paying off all of our debt, and we paid off 2 credit cards this year. It's all about progress. =)


Any goals for your life, friends? Travel? Babies? Money-making schemes? ;)


BONUS!
Here's the quick rundown of the craziness that was 2013:

+ Dream realized of seeing Five Iron Frenzy. YESSS!!
+ Dream realized of seeing Backstreet Boys live. Don't judge me. They were spectacular.
+ Bought. A. Freaking. House.
+ GOT MARRIED. WOOO!!
+ Got some serious height at a trampoline place for my birthday
+ Went to Mount Vernon for the first time since I was a kid (it was a faboo double date!).
+ Celebrated our first Christmas as husband and wife.
+ Went on a dinner cruise on the Potomac for our anniversary
+ Traveled the lands to upstate New York, Pennsylvania, Indiana, Maryland.
+ Went to 3 weddings in 1 month, including being a bridesmaid in 1.
+ Flew first class for the first time ever (it was just a short ~1 hour long flight to Miami. Totally worth it.)
+ Started dabbling in Filipino cooking
+ Hung out in Mexico for week
+ Swam in underground rivers
+ Hugged a dolphin
+ Was later peed on by said dolphin
+ Paid off 2 credit cards
+ Attended yet another annual pillow fight in DC
+ Flew a kite like a boss on the national mall
+ Saw friends out of state that I don't get to see normally
+ Got into weightlifting and lost 17 inches off this beast.
+ Join Gold's Gym. Oddly enough, love it.
+ Started this blog which has been a weird and amazing adventure so far. =) 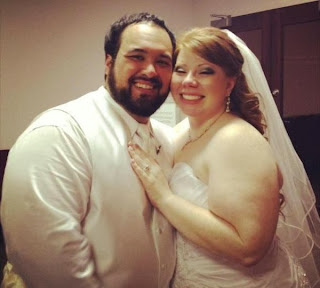 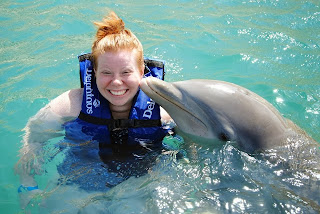 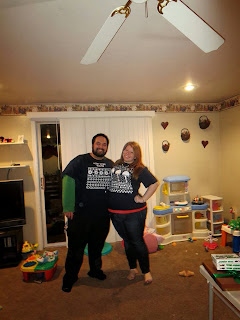