A Fat Kid's Honest Review About the 3 Day Refresh: Day 1

Are you guys familiar with the phrase "Hog Heaven"? It's a very Southern term, and it looks something like this...

Yep. I saw it. I ate it. It's just that simple. OK if I'm totally honest, it wasn't that dramatic. I mean I still tried to not eat EVERYTHING I got my hands on, but overall I had little to no self-control. I think it was because I totally OD'd on brown rice and shredded chicken. I just couldn't do it anymore. The end of the last round of the Fix was really hard for me, because I stopped being able to eat the staples we'd come to rely on.

Enter the 3 Day Refresh. It was a safe but dramatic enough option for me to kick my butt in to gear. It's a bit drastic, but it's also only 3 days, and frankly- I need to undo some of my edible sins before the next round of the fix starting Monday.

I did a lot of researching on this before I started, and everyone could at least agree on one thing: it does work. Whether they liked it or not, everyone lost some weight (I saw anywhere between 3 and 10 lbs!). That appealed to me. I've done some crazy things diet-wise, and 3 days is cake.

Anywho. I got my 3 Day Refresh box on Thursday, and once I opened it and started reading... I was terrified. Genuinely terrified.

It seemed almost too drastic for what I thought it'd be, and only ~900 calories a day? And no dairy? WHERE MY CHEESE AT?! 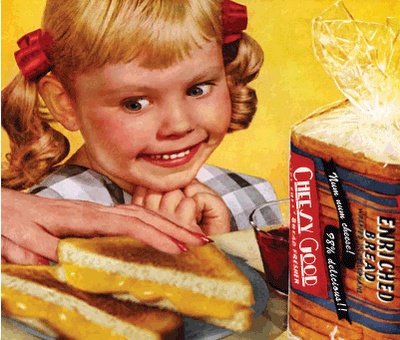 I bought a crap ton of veggies and some fruit at the store (no canned or frozen, per the booklet!), and I started to prep for the scariest looking cleanse I'd ever attempted.


I'm stuffed y'all. I made the stir-fry with green peppers, shredded carrots, and fresh green beans. Toss in some minced garlic and freshly grated ginger and himalayan pink salt, and it was pretty good!! Thankfully the booklet gives you detailed recipes you can do for dinner.


*So the Fiber Sweep. It's not too bad, actually. Definitely drink it in FRIGID cold water, but don't use ice because it clumps. Just chug it back really quick; don't sit and savor it. It has a nice citrus flavor, but I won't lie to you- it looks nasty. Like a bunch of wheat germ you threw in water. It's strange. But again, it tastes just fine!

** The Vanilla Fresh shake isn't too shabby, either. I added vanilla extract and cinnamon at lunch, per some other folks' recommendations. I love them for it. It thickened up nicely even with just water and ice (I couldn't blend it at work). I did blend it for dinner, though I added almond extract and cinnamon just to see what would happen. I think tomorrow I'll try 1/2 banana and some coconut extract.

Overall I feel fine! I'm pleasantly surprised that other than this morning I haven't really felt hungry. I do think it's funny that they warn you about "extra" gas while on this (thank you, Fiber Sweep!), but that's because I've got the sense of humor of a 12 year old boy.

I do feel less bloated, which is a definite perk. I ate with reckless abandon last night (see: Hog Heaven) so I felt kind of gross when I woke up. But now I'm feeling pretty good! I can have another optional cup of tea tonight, and of course more water. Hopefully this keeps up for the next 2 days. And hopefully I lose 3-5 lbs. ;)

I'll keep you all posted!

May 14, 2013
(Redhead's Note: Please forgive anything that's more lame than normal, or anything that sounds weird; I'm on a constant regimen of cough syrup...) I started getting a chest tickle on the 8th, which quickly escalated to a hacking cough, and now 6 days later has my left nostril clogged. I'm sick. Lame sauce, I know. When I'm sick I'm kind of a pathetic being: I get whiny, I'm tired all the time, I'm fairly selfish ("Your car died?? But... But...  I'm sick ....") * - it's not a pretty sight. What else tends to happen is I will eat a lot. I'm not one of those people that gets sick and doesn't eat for 3 days. Oh if only! Nope, I'm that girl that gets sick and will find every last semblance of comfort food, and vacuum it up into my sick mouth hole. Handful of chocolate chips? Don't mind if I do. A small-ish spoon of Nutella? Yes please? 4 lbs of bread? Why don't mind if I do! Thankfully the only real example f
2 comments
Read more